Garfield (the cat or Bojack Andrew) doesn’t like ’em, way back in the ’60s, the Mamas & the Papas couldn’t trust ’em, one teenager hated ’em so much she tried to shoot the whole day down, but it took a boring schedule on one January evening to convince Screen Scholars to tell us. But we’re professionals, so we’ve got you, whether you’re looking for the smiles of precocious chefs or dark explorations of human misery. 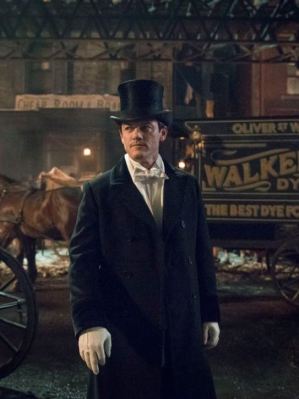 JASON’S PICK:
May It Last: A Portrait of the Avett Brothers [HBO, 8p]
The Avett Brothers‘ music, evocative of a long bygone era, has ever lingered on the fringe of mass popularity. Critics love them, fans adore them, and the Grammys have even honored them, but the North Carolina folk rockers are far from a household name. Judd Apatow and Michael Bonfiglio, as two high-profile fans, aim to change that with an HBO documentary exploring the stories behind the band’s music.

KATHERINE’S PICK:
Kids Baking Championship [Food, 9p]
The kids work on doughnuts. Seems dangerous, since it requires frying, but you know the one who bakes a doughnut is sure to go home.

BRAD’S PICK:
The Alienist [TNT, 9p]
The mystery deepens as Sara gets a fresh clue and the rest of the team try to analyze and connect the dots to try and catch the serial killer terrorizing turn of the century New York.