In our new temporary reality where we have a duty to be at home binge-watching, what’s better to watch on the loudest, most raucous “holiday” of the year than a new hourlong special by standup’s drunken-revelry-in-man-form Bert Kreischer, a being who first found fame when his seven plus years of college excess went national, and who has built his legend as a storyteller, adventurer, and genuinely funny dude into a career that’s still going strong as he approaches his 50s. Bert, we salute you! 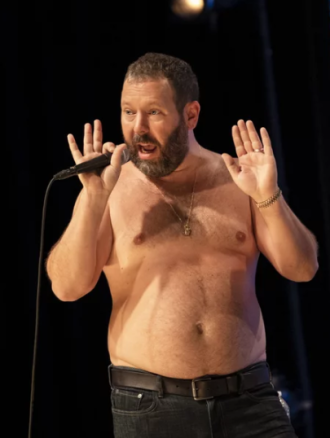 BRAD’S PICK:
Schitt’s Creek [Pop, 9p]
Would you expect anything less than an escape room as part of David’s bachelor party? Moira and Johnny attend and in typical SC style, hilarity ensues. You’re stuck inside and have no excuse to not watch.

JASON’S PICK:
Niall Ferguson’s Networld [PBS, 8p]
Professional expert Niall Ferguson digs into our superconnected society with a look at the highs and lows to a life lived in the virtual realm — and what sadly serendipitous timing as a good portion of our planet will be spending even more time on it for the foreseeable future.