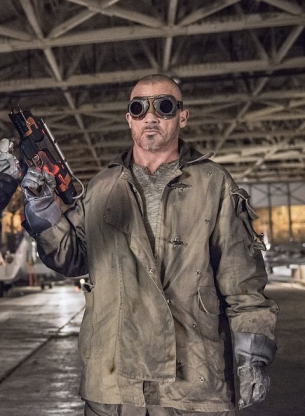 Election season has collided right with the center of Halloween season and strangely enough, most of us here are not sick of it.

JASON’S PICK:
Adam Ruins Everything: Election Special [TruTV, 10p]
This strikes me as a set-up to exactly the sort of “your vote means nothing” argument that generally needles me into a foaming rage. But then that’s kind of the point of Adam Conover’s signature routine, and he’s very effective and funny while doing it. So maybe we who take politics a bit too seriously need to take our medicine.

KATHERINE’S PICK:
Fresh Off the Boat [NBC, 9p]
Jessica writes her first horror novel. There is literally nothing else that needs to be said.

BRAD’S PICK:
The Flash [The CW, 8p]
Barry and his band of misfit toys continue with ramifications of the Flash creating another timeline. Fans of DC’s Flashpoint will love it.