Everything was so crazy last night that when a costumed bear sang Sir Mix-A-Lot’s 1992 classic “Baby Got Back” only to be revealed to be former Alaskan governor, shitty VP candidate and noted lipstick pig enthusiast Sarah Palin, it was only about the fourth or fifth most terrifying news to break. Get well Tom Hanks, Rita Wilson, by now probably the whole Utah Jazz roster (Michael Che was right!), and, well, everyone. This is depressing, so we’re gonna lead, where else, but with a… new show about a Korean hospital?!?! Good God, Jason! 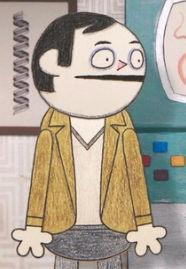 JASON’S PICK:
Hospital Playlist [Netflix]
OK. maybe given the news unfolding around us, a hospital dramedy may not be the greatest mode of escape — nor is it in this show’s origin country of South Korea, one of the first countries to see a major flare up of COVID-19. However, the trailer to this import about five childhood friends who all wind up in the medical field is oddly appealing.

NAVANI’S PICK:
Brooklyn Nine-Nine [NBC, 8:30p]
The highlight of my week is here! Captain Holt is still grappling with his new role on the beat as he was sure to remind us last week, it’s very tedious which is VERY different than monotony which he does love. Phew, glad we cleared that up! Tonight he deals with a personal loss while Jake has to make an adult decision between choosing Terry or Charles to accompany him to an event. Decisions, decisions! All I want to know if what happened to the 600 guinea pigs?

BRAD’S PICK:
Cake [FXX, 10:30p]
It’s like Liquid TV for Gen Z. And that’s a good thing. What could be better in these uncertain times than cartoons that will make you scratch your head? Real answers maybe, but let’s face it.. those aren’t coming anytime soon.