We’re in a PBS state of mind here at Screen Scholars… JASON’S PICK: Agatha Raisin [Acorn] Britain’s goofiest detective story carries on — although Agatha will never keep calm — as the final three episodes of Series 3 drops on your home for everything UK. … END_OF_DOCUMENT_TOKEN_TO_BE_REPLACED

Monday morning couldn’t guarantee that Monday evening would have an abundance of great TV, but we do know of some choice cuts (and some oddities) if you know where to look (and that’s kind of our purpose).     BRAD’S PICK: Black Lightning [The CW, … END_OF_DOCUMENT_TOKEN_TO_BE_REPLACED

It’s a mostly quiet Monday, but one of Britain’s most fun mysteries returns, along with a pair of Netflix documentary debuts. Meanwhile, the CW has your superhero fix. JASON’S PICK: Agatha Raisin and the Haunted House [Acorn TV] Turn up the quaintly quirky as Agatha … END_OF_DOCUMENT_TOKEN_TO_BE_REPLACED

One of our editors picks a show that’s a homonym of her name — remember Homonym! — we miss 30 Rock‘s shows within their show. KATHERINE’S PICK: Catherine The Great [HBO, 10p] Helen Mirren stars in the much-anticipated, four-part series about the Russian monarch. The … END_OF_DOCUMENT_TOKEN_TO_BE_REPLACED

On 30 Rock, Jon Hamm in a nurse’s outfit once requested Don Cheadle on a bed of rice. We miss that show. In any case, the actual Oscar-nom’d actor graces the second season return of Desus & Maro. We’ve also tonight have the return of Hulu’s weirder Canadian cousin of Portlandia and a PBS expose of the dangerous vilification and surveillance of Arab-Americans. 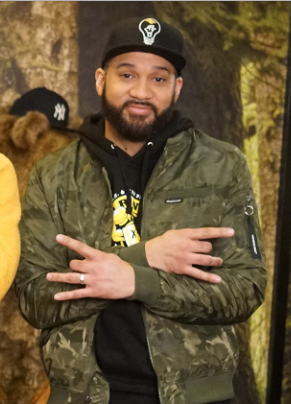 KATHERINE’S PICK:
Desus & Mero [Showtime, 11p]
Don Cheadle is Desus and Mero’s Illustrious Guest on the debut of part two of season one.

BRAD’S PICK:
Black Lightning [The CW, 9p]
Freeland is under occupation and are heroes aren’t doing the best. Jefferson and Lynn are bumping heads and Jennifer feels helpless despite her powers.

JASON’S PICK:
POV: The Feeling Of Being Watched [PBS, 10p]
The vaunted PBS docu-thology delves into a disturbing underside of our quest for freedom — the oft-dueling ideas of protection of civil liberties and desire for security — an especially delicate (and sinister) balance when it comes on the backs of Arab-Americans.

There’s a definite musical slant to our choices tonight — and further, a paean to the 1970s, a decade that had plenty problems, both overall and in its recorded sounds — but it did birth both punk and John Lennon’s “Imagine” (also, Philly soul, funk, hip-hop, … END_OF_DOCUMENT_TOKEN_TO_BE_REPLACED