In some senses, tonight’s new comedies feel like something out of Jack Donaghy’s fictional tanking of NBC on 30 Rock: Seth Rogen time travels through pickle brine? Animated Star Trek, but the below deck workers? Two former Great British Bake Off hype women as hitmen? But, no, these are shows that are actually happening and, more over, that Screen Scholars is here for!

KATHERINE’S PICK:
An American Pickle [HBO Max]
Seth Rogen stars in his directorial debut as a struggling immigrant in 1920s America. After he falls into a vat of pickles, he walks out of his life and into present-day Brooklyn, without having aged a day, and confronts his great-grandson (also played by Rogen). Adapted from the short story “Sell Out” by Simon Rich, who wrote the screenplay.

JASON’S PICK:
Star Trek: Lower Decks [CBS All Access]
Who knew CBS had it in them, but the streaming service that started slow has amassed a pretty cool array of programming. Today, we get an animated comedy that imagines the support deck of the USS Enterprise, with primo voice talent led by Tawny Newsome and Eugene Cordero. One of its writers also had an endearing tweet, as if I needed more encouragement to watch this one.

BRAD’S PICK:
Hitmen [Peacock]
Want to see the original presenters on The Great British Baking Show play hitmen in a workplace sitcom? May I suggest Hitmen? The British comedy hits U.S. shores on the Peacock streaming app. We’ve seen the professional murderer played for laughs before, but not quite like this. 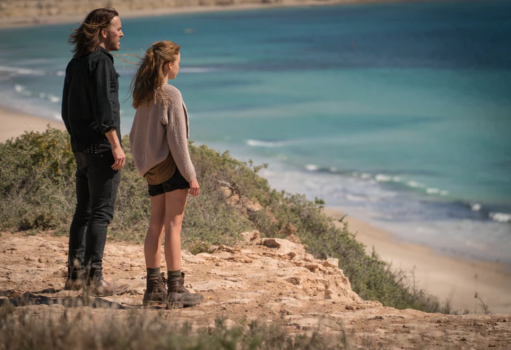