As this great nation burns down the last flickers of the nub of its last waxy candle, the least we can do is offer you some viewing to look at as we convert to a barter system. 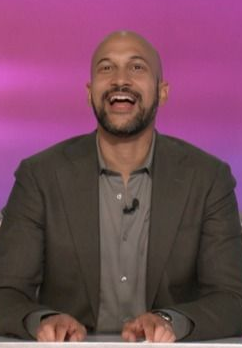 BRAD’S PICK:
Crazy Delicious [Netflix]
Ever wanted to see “jerked” watermelon that looks exactly like a ham? Or pizza re-imagined as a volcano? If so, Netflix’s new cooking combination show is right up your alley. This show’s serving up bold takes on traditional dishes with a quirky British twist.

JASON’S PICK:
Athlete A [Netflix]
The latest Netflix documentary looks into the U.S. gymnastics team abuse scandal and how Larry Nasser was able to get away with his horrific acts for so many years. It probably has a bit to do with people looking the other way, so this is as good a time as any to remind you that Jim Jordan is still in the House of Representatives and as a public service to let you know of the fundraising site for Shannon Freshour, the non-rape-allowing candidate running against him.

KATHERINE’S PICK:
Game On! [CBS, 8p]
Tony Hale and Bobby Moynihan join Rob Gronkowski and Venus is a bunch of ridiculous stunts stolen from Ellen’s Game of Games. But at least it’s hosted by Keegan-Michael Key.