It’s Prom Night on ABC which might bring up all sorts of feelings this year, but one of the coolest things about the line-up is that the shows take place all over the map, decades-wise, so we’re bound to see so much deliciously bad fashion. We’ve also got a favorite improv actor in a wacky rom-com that could be better than first glance, and Jermaine Clement’s always reliable kooky vampire show. 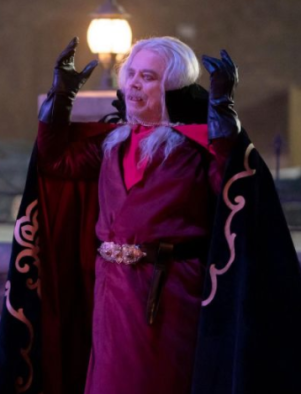 JASON’S PICK:
The Wrong Missy [Netflix]
The host who is also the guest (but the guest is the host so she’s not really the host) is an accidental guest of David Spade as the blind date for a wedding. If you don’t get the strained opening reference, you need to check out Lauren Lapkus’ hilarious former podcast. In any case, in this rom-com, Lapkus plays the kooky Missy who Spade’s Tim Morris mistakenly sends an invite meant for a different Missy. This will probably be awful — it features wrestler Roman Reigns and Bobby Lee as something called Toki Dum Dum — but Lapkus is always appealing, so it’s worth a watch.

KATHERINE’S PICK:
The Goldbergs [ABC, 8p]
Get out your teal tux, it’s Prom Night on ABC! Beverly helps Adam get the Prom King crown. America’s No. 1. school dance is then visited by Schooled, American Housewife, and Single Parents.

BRAD’S PICK:
What We Do In The Shadows [FX, 10p]
A vengeful enemy returns, sending Lazlo fleeing for his life. Will that enemy come after the rest of our favorite Staten Island vampires? Probably, because there’s just not that much to do on Staten Island.