These are some weird times. Watch some TV. Maybe a Click or Pleasantville or Stay Tuned scenario will happen and… no wait, all of those came with their own set of consequences. Anyway, stay safe, everyone! Here’s some shows. 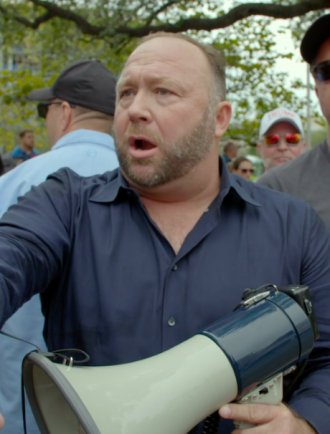 JASON’S PICK:
After Truth: Disinformation and the Cost of Fake News [HBO, 9p]
The content of this latest HBO documentary is in no way relevant or important to know during a Presidential election year when we’re battling an unprecedented pandemic that our current occupant recently called a “Democratic hoax.” That last part is real news. Fuck 2020!

BRAD’S PICK:
Altered Carbon: Resleeved [Netflix]
Another mystery unfurls in the Altered Carbon universe with the animated feature Resleeved. Kovacs must protect a tattooist while investigating the death of a Yakuza member. Yakuza & tattoos — they go together like peas and carrots.