Have your IDs ready for the border guard, because that 1990s icon Jean-Luc is back and he’s brought a pit bull — and if you’re pushing or past 40, try not to think about how old Patrick Stewart was when he first played Trek’s second captain as it might just ruin your day. Overall, it’s a pretty amazing day for us nerds as we’ve also got a gaudy comic book adaptation and some Maori horror. 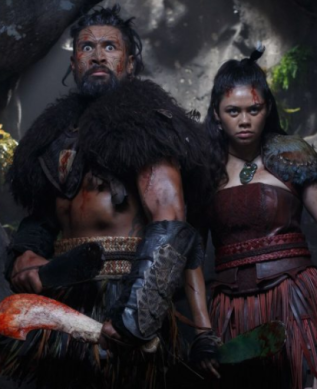 KATHERINE’S PICK:
Star Trek: Picard [CBS All-Access]
Jean-Luc Picard, my favorite Captain, returns to our TVs (or laptops, I guess) in CBS’ newest great show they won’t air on over-the-air television. Welcome to the 24th century, ya’ll, Romulus is destroyed and our hero has a dog.

JASON’S PICK:
The Dead Lands [Shudder]
The 2014 New Zealand cerebral horror film about Maori tribesmen is both an unlikely choice for a movie-to-series adaptation and as my viewing choice. However, the trailer is intense and its new character, fierce female warrior Mehe (Darneen Christiensen) instantly captivates as a potential breakout star.