Friday is Netflix drop day along with the occasional network sneak-out, and that’s what we have this Friday. 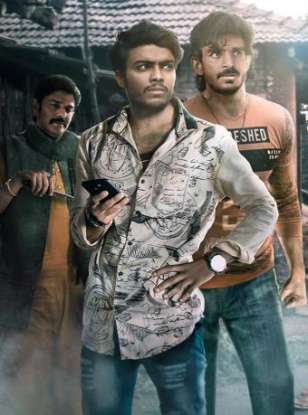 JASON’S PICK:
Medical Police [Netflix]
Call it an alt-comedy answer to the Zucker-Abrams-Zucker (and Proft) parody machine of the 1980s where the jokes fly so fast, even if only two out of ten of the jokes hit it’s still constantly hilarious, but a certain segment of that community has thrived on TV procedural parodies (Childrens Hospital, NTSF:SD:SUV::). The latest comes from David Wain and goes after the latest excesses of the Dick Wolf universe (the Dick-averse), and stars Erinn Hayes and Rob Huebel (and most of the rest of the folks you saw on those other comedies.

BRAD’S PICK:
Lincoln Rhyme: The Hunt For The Bone Collector [NBC, 8p]
Remember that Denzel Washington thriller from 1999? No? Well, Grimm’s Russell Hornsby stars as the invalid detective genius in this take on the Jeffery Deaver novel.

KATHERINE’S PICK:
Jamtara [Netflix]
A handful of youths are overwhelmed when their small Jakartan town is thrust in the spotlight as a result of their successful phishing business.