Sadness in comedy is nothing new, but few shows have dug as deep into the roots and ravages of depression as a certain animated show about a 50-something horse/man B-list actor in an alternate universe, and few have been as downright funny while doing it. Bojack returns today for the first half of its sixth and final season, and of course the Screen Scholar shot machine comes up three Bojacks.

NAVANI’S PICK:
Bojack Horseman [Netflix]
Our fave celeb horse is back for its final season. The show we’ve come to love for it’s blatant satire of Hollywood culture and all the darkness that comes with it is coming to an end. The question remains, will Bojack ever find redemption?? Will Princess Carolyn be a good mom? I’m hoping this season will take us on a slightly brighter note from last season as he makes amends for his past once and for all.

BRAD’S PICK:
Bojack Horseman [Netflix]
The wonderfully morose but whip smart existential musings of our favorite washed up actor/horse are back for a new season of wonton abandon. You’re too good for this world Bojack.

JASON’S PICK:
Bojack Horseman [Netflix]
Our lead has done some unforgivable things — the most recent of which, violently strangling his co-star and girlfriend on set while tripping on pills. Can rehab bring redemption? Can anything? And his cohorts aren’t in great shape karma-wise either, as Princess Carolyn is the one gave Bojack the pills and thinks her child, Untitled Princess Carolyn Project, will make her life less chaotic, Mr. Peanutbutter proposed to his new wife to avoid telling her he slept with his ex, and that ex, Diane was last seen staring into the middle distance while driving away from dropping Bojack off. Todd’s kind of OK. Hooray, adequacy! 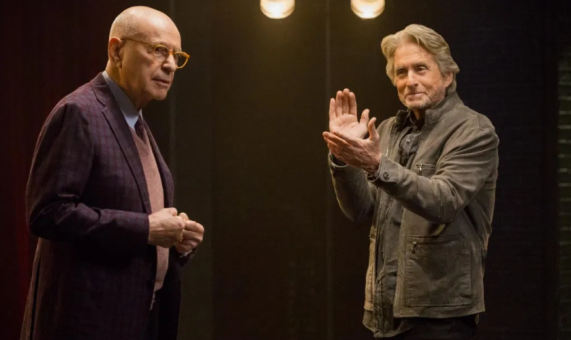