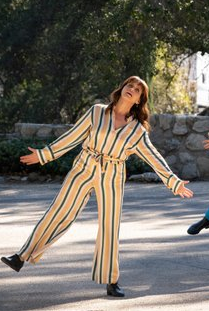 JASON’S PICK:
The Politician [Netflix]
It’s Election meets Barry [or insert any number of recent HBO dark comedies… or Election] as Ryan Murphy foregoes ever sleeping to bring us this peek into a brutal battle for one high school’s student presidency. It features Ben Platt as the titular politician, supporting roles by two Academy Award nomination magnets in Gwyneth Paltrow and Jessica Lange, and cameos by Bette Midler AND Judith Light!

KATHERINE’S PICK:
Transparent [Amazon Prime]
Say goodbye to the Peffermans with a two-hour musical finale, and pass the tissues.

BRAD’S PICK:
Room 104 [HBO, 11p]
The Duplass’ anthology show – as Forrest would say – is like a box of chocolates. You never know what you’re gonna get. But it will likely be creepy an make you think. And the episode is called “Itchy” so make of that what you will.