Forget it, Screen Scholar readers (reader?), it’s Stumptown — one of the more intriguing network debuts of this busy week. 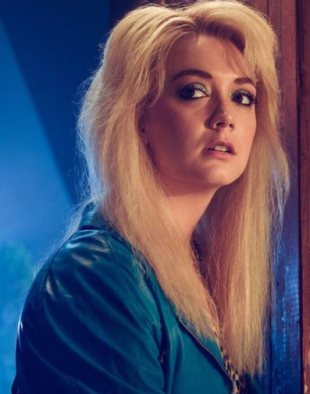 KATHERINE’S PICK:
Stumptown [ABC, 10p]
Cobie Smulders stars as a former marine turned private investigator playing by her own rules (we’d usually not be in favor of that…) in this intriguing adaptation of the eponymous graphic novel series from Oni Press. Jake Johnson and Michael Ealy also star, and as far as we know, they don’t take their pensions to open a successful coffee roastery.

JASON’S PICK:
It’s Always Sunny In Philadelphia [FXX, 10]
The bizarre and sordid adventures of “The Gang” should have become tiresome years ago, but with its ability to explore new frontiers in meta and its endless originality and the lovable awfulness of said “Gang,” a fourteenth season still feels exciting. And this season will include Dolph Lundgren as the amazingly named John Thundergun. Tonight “The Gang Gets Romantic.”

BRAD’S PICK:
American Horror Story: 1984 [FX, 10p]
The killer is out of the asylum, leaving the campers are ripe for the taking. This season of AHS is a fun retro nightmare. Be sure to set your Betamax to record it.