Although we’re still a week and a few days from the official beginning of the Fall TV schedule, the streaming services are upping their game tonight with new content from the creator of Bojack Horseman (also, when’s  the new season… what is this, an Earth, Wind, and Fire concert, because we were expecting September) and one of the most thought-provoking comics out there ponders privilege, as well as a dark thriller straight-from-the-headlines rip’d. 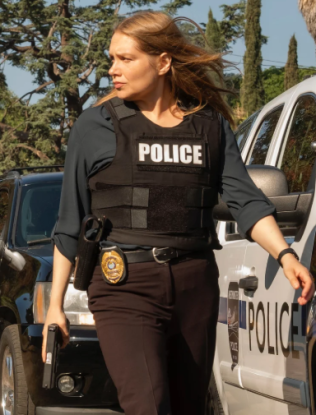 BRAD’S PICK:
Undone [Amazon Prime]
If you are a fan of existential cartoons on the vein of say… Waking Life or even Bojack (whose creator Raphael Bob-Waksberg co-creates this one), Amazon’s new animated series may be your bag. Staring Rosa Salazar as Alma a young woman who wakes up from a car accident and discovers she has a strange relationship with time.

JASON’S PICK:
Unbelievable [Netflix]
Based on a tragically true article and subsequent This American Life piece about a rapist who takes advantage of the lackluster response of police (at least at first) and the failure to listen to women, this true crime thriller is directed by Erin Brockovich‘s Susannah Grant and boasts a stunning cast, including Toni Collette and Merritt Wever.