Can we hatewatch a show from its very start. Jason will find out. Also, Marvel, comfort food, and an American Treasure[TM]. 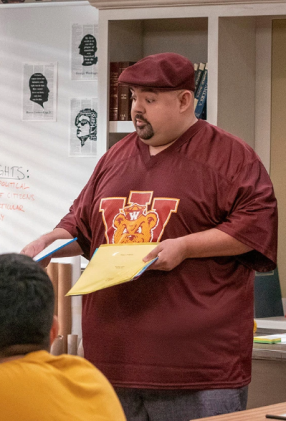 JASON’S PICK:
Mr. Iglesias [Netflix]
Saying I’m not particularly a fan of Gabriel Iglesias is putting it mildly — he practically single-handedly ruined Cristela Alonzo’s self-titled show with his stiff, broad mugging as essentially her stalker. That being said, I oddly find myself compelled to give his new show a chance. Partially, it’s how charming he’s been with co-star Sherri Shepherd on the promotional circuit. Mainly, based on clips, it looks like he may have learned and toned down his act to bring out a more natural humor at his core. We’ll see, won’t we?

BRAD’S PICK:
Marvel’s Agents of S.H.I.E.L.D. [ABC, 7p]
Fitz and Simmons are finally reunited! But don’t think it will be that easy Marvel fans. They have do face their own demons before they can truly be together.