Desi Lydic, with Roy Wood, Jr., has been one of the best reasons to keep tuning into The Daily Show for the last few seasons — and we don’t mean that as a knock on Trevor Noah, whose first episode three of our editors attended. Her unique tone has lent a spirit of comedy to some of the darkest indiscretions of these dank days. Her special about the disparity of women’s rights around the world. We also have the return of one of the country’s favorite reality competitions and one of the scariest new dramas from one of the past half-century’s most forgotten travesties. 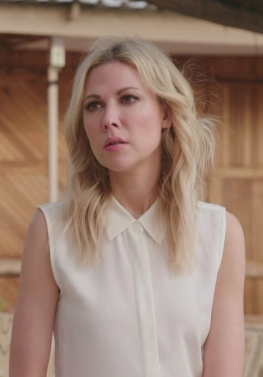 BRAD’S PICK:
Desi Lydic: Abroad [Comedy, 11p]
Desi Lydic is bringing her brand of cynicism and attitude abroad to answer questions about women’s rights in other countries (and how U.S. policies compare — spoiler alert: the answer is often “not good”) in a new special on Comedy Central. One thing is for certain — it promises to be as poignant as it is funny.

FIONA’S PICK:
The Bachelorette [ABC, 8p]
Hannah B. begins her journey as the newest Bachelorette. Will she survive the endless introductions peppered with corny jokes and pick-up lines?

JASON’S PICK:
Chernobyl [HBO, 9p]
If you missed the opening episode of this true life horror story about the USSR nuclear meltdown of the 1980s, here’s your second chance to start the well-reviewed, impeccably-cast program from the beginning.