While spring’s Sweeps Month is traditionally the one we are in now, it was last Sunday, still safely in the midst of April showers that HBO and others delivered knockout blows as the dragon show had its epic record-setting battle, the hit-man program whipped out a concept episode of genius, while the longest-running series on television laid waste to what was already a bit of a wasteland — Jason’s adopted hometown of Buffalo, New York and its Western and Upstate pals. What may the 5th de May offer? Let’s see, why don’t we… 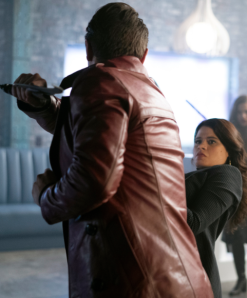 BRAD’S PICK:
Game Of Thrones [HBO, 9p]
The long-awaited Siege of Winterfell is over and it certainly didn’t go the way Cersei wanted it to. Now the Starks are coming for her and Arya is more of a badass than ever. One thing’s for sure; there will be a reckoning for the Lannisters.

JASON’S PICK:
Barry [HBO, 10:30p]
GoT was not the only HBO show to deliver a game-changing, appointment-TV episode last week featuring kick-ass young women, as this hit-man-tries-desperately-to-go-straight comedy(?) went full-concept as his cop-forced hit turned terribly wrong, to the tune of a feral pre-teen black belt biting off Fuches’ cheek. This week we find Barry Berkman turned back to the other sides of his life as he tries to fend off Noho Hank to focus on Sally and her play.

FIONA’S PICK:
Charmed [The CW, 9p]
Harry is back! Tonight Harry, Maggie, Mel and Macy team up to fight upcoming evils. Macy is tapping into her demonside more and more, causing Mel and Maggie to worry.

KATHERINE’S PICK:
The Simpsons [Fox, 8p]
Marge’s secret stash of money (how many of those does she have), which is Lisa’s college tuition fund (MARGE, GET A 529!) disappears. Deadline Springfield investigates, and I’m down for true crime documentary satire, tbh.