It’s a jocks and nerds paradise today, and in the NFL Draft there’s a little bit of both. Also, if you’re a comic book lover and did not get tickets to Avengers: Endgame, the saga of baby Batman and pre-Commish Gordon comes to an end tonight, so of course the episode title is “The Beginning…”. So, let’s get it started in here with that reference to one of the worst hip-hop songs of all time.

BRAD’S PICK:
Gotham [Fox, 8p]
We final get to see the Caped Crusader, the Joker… and Penguin’s top hat.. Gotham was a lot darker than your average network show and I’m sure the finale will be full of violence and revelations.

KATHERINE’S PICK:
Abby’s [NBC, 9p]
The desperately privately Abby — the secretly bi proprietor of her own backyard bar (still jealous!) opens up to the elite seat regulars about her fraught relationship with her dad. Abby’s suffers a lot from the constraints of being on an over-the-air network, but (like Superstore) the writers do a lot with the little they have, so I’m interested in seeing what they do with season one.

JASON’S PICK:
2019 NFL Draft [ABC/ESPN, 8p]
It’s a sadistic sport, but I’m a sucker for it and my heartbreaking Buffalo Bills. The gamesmanship and drama begins at 8pm with the Arizona Cardinals on the clock, and in a rarity, there is genuine confusion surrounding what they will do. Do they move on from 10th pick QB Josh Rosen so fast and take Kyler Murray? Do they take part-time pass rusher and full-time MAGA-phile Nick Bosa? Do they trade down? Meanwhile, the Oakland Raiders, weird all year, have sent all their scouts home citing lack of trust and have promised a mysterious surprise. RHONJ has nothing on the NFL Draft.

FIONA’S PICK:
RuPaul’s Drag Race [VH1, 9p]
It’s time for another acting challenge as the queens star in “L.A.D.P.!” (another of Ru’s inventions). After the double save of last week are we headed for a double elimination? 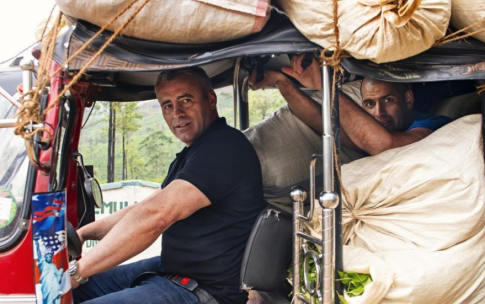