And then there were two! Sink the putt and see who your final teams are!

…WOW. The Good Place was corralled by the nine-nine. The Brooklyn-set cop comedy, canceled by Fox, denied rescue by Hulu, and finally landing on NBC, took 94.3 percent of the vote.

Good Trouble overtook Schitt’s Creek, with 92.9 percent of the vote. This is what happens when you leave voting open to ballot stuffing; I reaped what I sowed.

It’s always fun to have a wildcard though, so we’ll have a youth-fueled drama, a spinoff!, in its inaugural season against a well-established comedy. 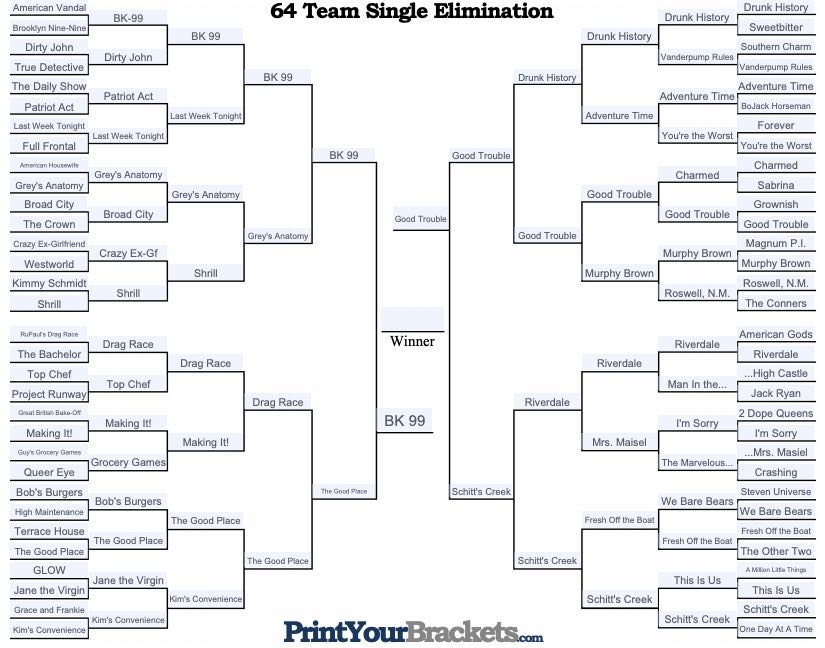