The Elite Eight are now the Final, fantastic, furious four.

Let’s sled across the finish line and get voting.

It was a worrying set of matches Friday morning. We have two interesting duels ahead of us.

This is your new bracket, America. 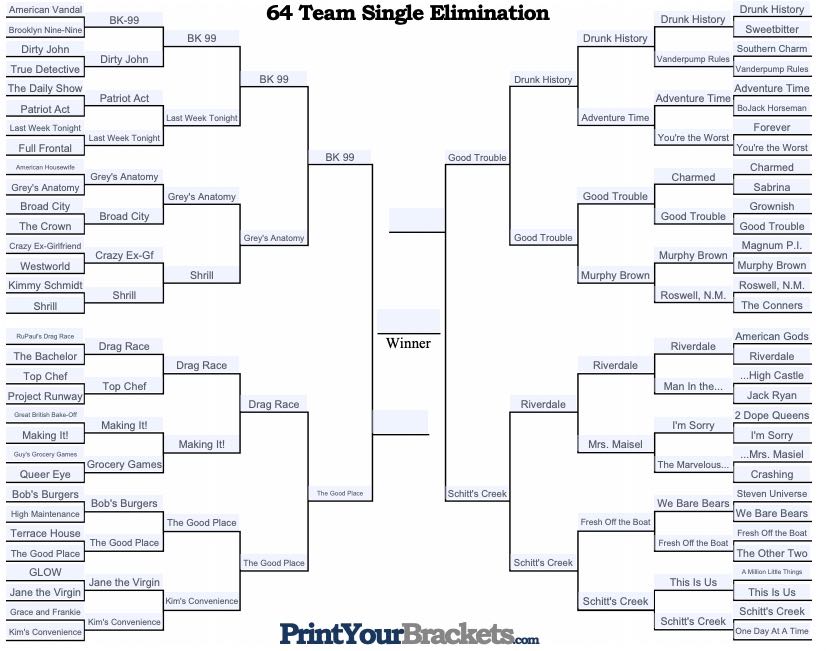 Be sure you vote in both polls!