Tuesday’s coming, did you bring your coat? Then, before you know it, Tuesday’s gone with the wind. But thankfully, there’s TV. 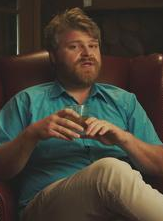 FIONA’S PICK:
Good Trouble [Freeform, 8p]
Tonight we are diving deeper into the world of Alice. Still not creating enough boundaries, she is roped into planning Sumi’s wedding shower. We’re going to meet her parents and watch her navigate difficult family dynamics while being in the closet. In other news, Callie, has a lot of spinning plates and I’m just waiting for one of them to drop.

BRAD’S PICK:
Corporate [Comedy Central, 10:30p]
Corporate is a … a dark show. On this week’s episode a national tragedy happens. The employees of Hampton DeVille compete to see who can have the most heartfelt response on social media.