There’s a lot of comedy surrounding the chaos in bringing together musical theater (2 out of 3 of our rec’s in fact). There’s also two new shows surrounding the FBI. Time to bring back the Broadway version of Catch Me If You Can? 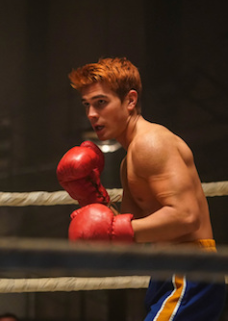 FIONA’S PICK:
Riverdale [The CW, 8p]
After a few weeks off the gang is back in action. Betty continues to be concerned about her mother’s relationship with “the farm”, Veronica is trying to steer her father away from the drug world (um, good luck with that) and Jughead still doesn’t know the truth about why is mother and little sister are back in town.

BRAD’S PICK:
Schitt’s Creek [Pop, 10p]
Johnny and Stevie go to the hospitality awards and Moira tried to convince Alexis not to audition for Cabaret. If Moira DOESN’T want to audition for a role she must have her reasons.