Anthony Anderson and company do their best to get the bad taste of Driving Bagger Vance’s Oscar win out of our collective mouths with a thought provoking special episode concerning how Black history is taught in school. Meanwhile, Michael Moore is both wary and excited to partake in the celebrity version of Ancestry.com and Bravo unveils a new collection of rich people problems, but this time on the other side of that theoretical wall we’re all so sick of hearing about. 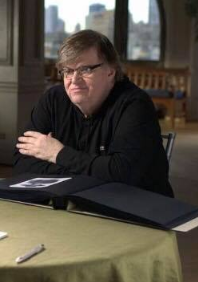 FIONA’S PICK:
Good Trouble [Freeform, 8p]
Jesus is in town paying a visit to his favorite sisters! Also he somehow ends up sleeping with Callie’s coworker, Rebecca? Callie is freaking out about passing the boards and Mariana is organizing her very own fight club for the women of Speculate.

JASON’S PICK:
Finding Your Roots with Henry Louis Gates [PBS, 8p]
It’s already a good line-up of ancestry seeking celebrities with actors Chloe Sevigny and “American treasure” Laura Linney, but then you add documentary filmmaker Michael Moore — and love him or hate him (probably depends on your ideology), he’s perfect for this show which thrives on good-natured, chatty people with at least a touch of narcissism.