If it’s Friday, it must be Netflix. That being said, we do also rec watching Lil Eddie Huang learn to drive in his own special hip-hop-alized way on ABC.

JASON’S PICK:
Fyre: The Greatest Party That Never Happened [Netflix]
The Fyre Festival dumpster, well, fire, tells of a truth so much stranger than fiction that as 2019 begins, both major streaming services have created flashy documentaries. Hulu’s was as scathing as it was captivating, and near the end, they kind of called out their rival’s buzzy release and the fact that it is a joint venture between hipster edge-monsters VICE and FuckJerry, the not-just-a-shittily-named social media company that led the promotion arm of Fyre itself. So, have your grains of salt handy, but it should be a fun ride — in contrast to the hellride the rich kids suckered into attending the festival experienced.

NAVANI’S PICK:
Grace & Frankie [Netflix]
I mean the tagline for season 5 alone says it all: “They’re back, and out of f*cks to give.” Grace and Frankie are life #goals personified. Season five adds in special guest Ru Paul for expert shade as we watch to see if our heroines can reclaim their beach house and best life.

BRAD’S PICK:
Marvel’s The Punisher [Netflix]
While Netflix has cancelled most of its Marvel shows, the Punisher is back with a new season. Jigsaw is out for revenge and Frank Castle still fights his never ending war. Last season was brutal, but expect the stakes to be raised — even more so.

FIONA’S PICK:
Fresh Off The Boat [ABC, 8p]
Eddie finally gets his driver’s license! Will he get a taste of freedom, or will he get stuck running errands for Jessica? I think we already know. Also, Louis and Marvin are set to have some guy time until Honey crashes the party. Good for her though, she already spends all day alone with the baby. 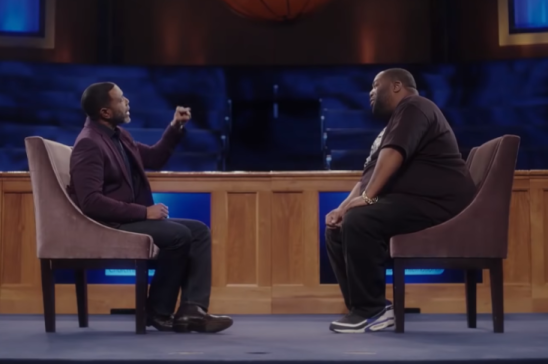