It’s Schur-mania here at Screen Scholars as both of Mike Schur’s active programs return – one from mid-season break, the other with new life, new season, new network. We also have the debut of a new half-hour comedy featuring the man behind our favorite Office Space character and our least favorite The Good Wife character. 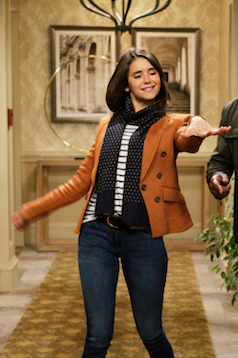 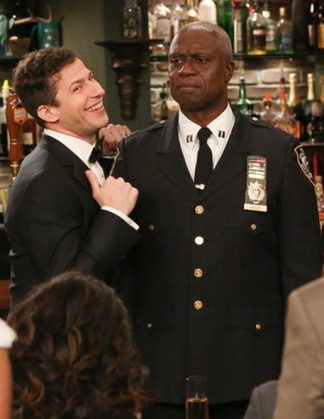 NAVANI’S PICK:
Brooklyn Nine-Nine [NBC, 9p]
New channel, who dis? Many feared that moving a show of this standing to a new home would somehow negatively affect it. However, if the snarky, hilarious Law & Order inspired trailers are any indication then we have nothing to worry about. Looks like there will still be lots of gags, organization and yogurt in store. Watch newlyweds Amy and Jake return back to work and the whole team stop at nothing to make sure Captain Holt stays in the 9-9.

KATHERINE’S PICK:
The Good Place [NBC, 9:30p]
TGP is forking back, benches! So is the gang really in the Good Place, and can they stay? It can’t be all that easy. Will the judge find them? Will they be sent back to Earth to repent?

JASON’S PICK:
Fam [CBS, 9:30p]
I’m gonna be totally upfront that I’m most excited about our other editors’ picks as they are two of my current (if not all-time) favorite shows, but figured I’d give this new half-hour comedy some love, even if its overload of previews does not bode particularly well. Gary Cole is in it, and the initial ads for both New Girl and Happy Endings did not thrill me either and they turned out to be top shelf comedies in a similar vein.

BRAD’S PICK:
Gotham [Fox, 8p]
Gotham is cut off and abandoned by the rest of the country. This is bound to create odd bedfellows. Case in point — Jim Gordon and Barbara find themselves unhappy allies. Meanwhile, Bruce searches for a rumored witch with healing powers to help Selina.