We’re in touch with reality tonight, even if it is a reality wholly crafted by behind-the-scene showrunners. Leading off, it’s the dating show, that even more-staid-than-your-average-Brit John Oliver has an opinion on (and one that has spawned not one, but two, programs our editors love). Bonus: if you watch all our picks simultaneously, you can be comfy in your bed by 9:30pm. Man, do we feel old! 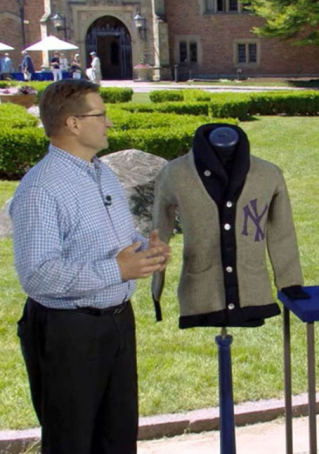 FIONA’S PICK:
The Bachelor [ABC, 8p]
It’s that time of year again! It’s cold and dark outside, but on the screen it’s always at a boiling point. Season 23, staring Colton Underwood as The Bachelor, starts tonight! How many times will he get stolen for a chat? How many free drinks will the women consume? What crazy entrance will we remember for weeks to come?

KATHERINE’S PICK:
Antiques Roadshow [PBS, 8p]
The season 23 premiere takes us to Rochester Hills, Michigan. And something from somebody’s shed, living room, or attic is appraised for $77,500.

JASON’S PICK:
Kids Baking Championship [Food, 9p]
I’m a fan of The Great British Baking Show due to the level of benevolent support the competitors give one another, so it follows that I’ll also rep this similarly good-natured competition show. Plus, tonight they’re asked to be mini-Elvises as the season opening challenge is bacon cupcakes.