We’re with our editor Katherine here and we’ll go one further, it’s Screen Scholars’ Super Bowl, Christmas, New Year’s Eve, Arbor Day, and Flag Day all wrapped into one; it’s the first major award show of the calendar year as the odd-ish couple of Sandra Oh and Andy Samberg announce the HFPA champions for the year 2-0-1-8. If you’re not in the mood or too nervous to stay in one virtual spot, there’s also the long-standing date with Fox’s standard Sunday line-up of animation as well as the further tale of the squatter menacing Connie Britton. 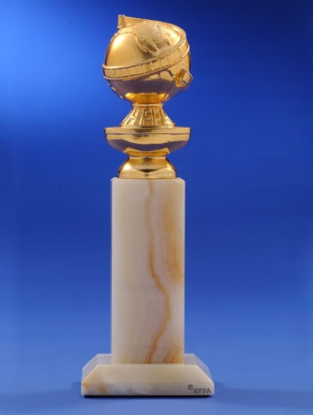 The prequel to my personal Superbowl (Oscar noms are next week!), hosted by Sandra Oh (who deserves an award for Killing Eve), and Andy Samberg (who has one for BK99). Jeff Bridges is tonight’s Cecil B. Demille honoree, and hopefully Black Panther this year’s film to sweep the awards.

As always, I continue to be excited to watch this story unwind. The suspense! The drama! The yelling! The yelling is mostly on my part, at the screen, wondering why Debra keeps making these terrible life decisions.

We get more insight into Grampa’s backstory when he has an PTSD episode while babysitting the kids. The Simpsons keep on ticking.