Obvious Wednesday TV highlight is obvious as a critically beloved period drama returns for a second season. Meanwhile, intrigue grows in a legendary comic book town and addiction is this week’s target of the BAU. 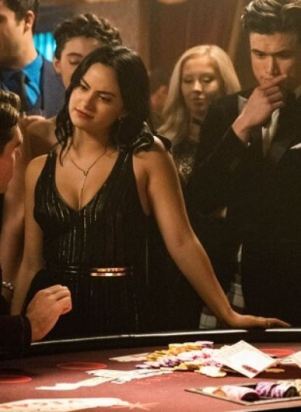 KATHERINE’S PICK:
The Marvelous Mrs. Maisel [Amazon Prime]
You can call it wish fulfillment all you want, but so what if my wishes are seeing a smart ass with a coat closet bursting with amazing wool coats taking the comedy world by storm and forcing her shitty, sniveling husband into the streets sobbing because he’s a not-funny hack.

FIONA’S PICK:
Riverdale [The CW, 8p]
Still don’t know who the Gargoyle King is and I’m starting to suspect it’s more than one person. There are too many storylines to follow and I’m really just concerned about Betty! Clearly the Sisters of Quiet Mercy is not the gargoyle free safe haven that Alice thinks it is. Archie is free, but won’t go back to Riverdale. He’s probably right about that, but couldn’t he just go stay with his mom in Chicago? He really doesn’t need to be on the lam. Tune in tonight to see none of my questions answered!

JASON’S PICK:
Criminal Minds [CBS, 10p]
My guiltiest pleasure, the long-running procedural boasts an intriguing (and timely) premise for this episode as addicts just out of rehab are mysteriously dying. This promises classic Spencer Reid moments. Bonus points for the none-too-subtle Mr. Mister reference in the episode title (“Broken Wing“).