We usually avoid Saturdays, but the reigning significant Saturday show for the last 43 years returns tonight, and Adam Driver — whose endearing charm made for a solid episode the first time he hosted — and the promise for a major skewering of the Brett Kavanaugh debacle make it worth watching, if you can get past Kanye’s MAGAfied nonsense. 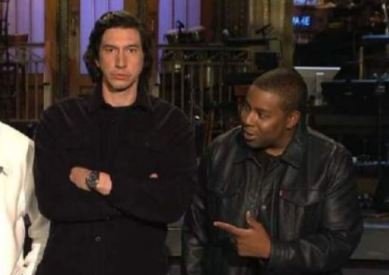 JASON’S PICK:
Saturday Night Live [NBC, 11:30p]
44 is my favorite number — it’s an illogical reason to be excited for the season of the show, which is fitting for the show many have felt it’s irrational to keep watching expecting it to regain the spark of its glory days. I kinda feel like its former staff writer Hannibal Burress’ observation in one of his standup jokes, that we tend to over-romanticize the Belushi era (and probably whatever era we watched as children). In any case, Mikey Day also joins the main cast, I’ll probably rewind many times during “Weekend Update” to text quotes to friends, and whizz through Kanye’s performances because I’m just so done with his dumb, LAMe shtick.