One of Freeform’s best reviewed shows begins its three-day march into the sunset, a popular feminist novel hits the small screen (with its own aftershow), a (kinda) real life version of The Americans are profiled, and Supergirl remains super. 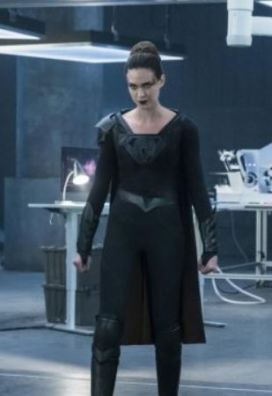 JASON’S PICK:
Dietland [AMC, 9p]
A revenge tale with #MeToo leanings, the newest AMC drama is based on a popular 2015 novel by Sarai Walker, and the showrunner is UnReal’s Marni Noxon, so of course I’m in. AMC is so confident, they even have one of their Talkin’-style aftershows (see below) ready-to-go on day 1.

FIONA’S PICK:
The Fosters [Freeform]
I’ve watched this show since the beginning and am sad that it is over, but also very happy that they recognized it was their time before dragging it on to its demise. Tonight marks the beginning of their three part finale. For the next three nights, we get to follow the Adams-Foster family into the future and see the family years down the road.

KATHERINE’S PICK:
The Spy Who Raised Me [A&E, 10p]
Hang with Chelsea Dittrich, an American-born woman raised by an American man who spied for Russia. Dittrich also meets other people whose lives at home were ruined by their parents’ career in Intelligence.

BRAD’S PICK:
Supergirl [The CW, 8p]
The season is almost over and this week Kara makes a life changing decision and Martian Manhunter finds that DEO weapons are lose on the streets of National City. All pat for the course for an episode of Supergirl.