It’s a light night of reviews with only a pair of be-definite articled shows earning enough to qualify for our round-up. Interestingly, it’s the thrilling finale of the underdog Syfy show taking down the second episode of the season for that long-running critical favorite spy thriller. One-time Emmy award juggernaut Modern Family and the relatively new Superman prequel (of sorts), Krypton, garner a couple reviews each, but neither impresses much. 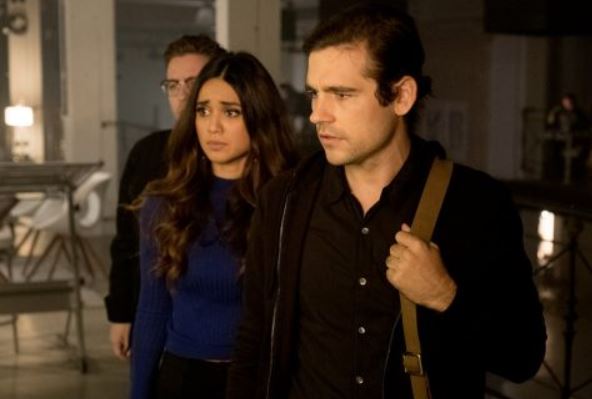 The Magicians ends its third straight season with all its heroes plans in the dumps. Nevertheless, Den of Geek‘s Michael Ahr dubs “Will You Play With Me?” the “undeniably compelling conclusion to the quest [that] caps off what must be called the best season yet for the series.” Abbey White at TV Fanatic agrees that “viewers were offered a satisfying cliffhanger that serves as the perfect ending to a near perfect season.” AV Club‘s Lisa Weidenfeld agrees about the season’s quality, but opines “this has been such a strong season for the show that the finale was inevitably going to be a bit of a letdown.”

What were The Americans going to do yesterday? The same thing they do every day. Well, yes, that … but mostly scheme and study and look for any sign of betrayal. However, despite the elements of formula in the long-running show, it’s still fresh … mostly! Erik Adams of AV Club observes “It’s great to see that the show is still able to draw so much power and locate so much thematic resonance in its music after all these years, though the staging and the picture editing deserve kudos, too.” The Americans has made the most of 1980s music, and Vulture‘s Soctt Tobias takes particular note of this week’s selection: “After packing the soundtrack with eclectic pop music last week, the show only has one non-classical music cue, but it’s a doozy: Talking Heads’ ‘Slippery People‘ is used over a tense delivery sequence in an airport restroom.”