Queer Eye is the Antidote to Toxic Masculinity 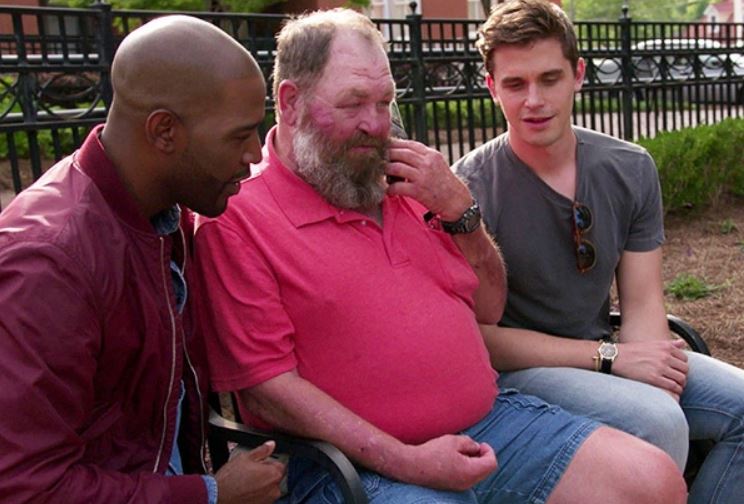 To start this off, it only seems fair to admit that I have a history with this show. It was the show my mother and sister watched weekly and I pretended not to watch while playing nearby. The original show premiered the summer of 2003 and was pretty ground breaking in terms of queer visibility at the time. While queer folks were starting to hit the screen, it was wild to see so many different types of gay men in one show. Even more wild was that Queer Eye was not exactly targeting a queer audience, rather it was an attempt to show straights that gay men were fun and funny and contributing to society in meaningful ways. This performance of desexualized men for the straight audience seems like a direct attempt to counterbalance the idea of gay men as being sex obsessed. Did it work? In many ways Queer Eye echoed similar attempts at humanizing gay men as early Will and Grace. I’m not going to get on a Will and Grace tangent because I also have a lot of thoughts about the impacts of that particular show on straight perceptions of gay people, but suffice to say I believe that both shows had lasting effects on the ways in which gay men interact with and are perceived by the straight world.

A few months ago I had this strange resurgence of desire to watch Queer Eye. This is before I even knew about the new Netflix project; my rekindled interest was just out of strange nostalgia. Let me tell you–it was bad. I am thankful that enough has changed in these past fifteen years that I actively expect better representation. I won’t ignore all the good that Queer Eye did in terms of queer visibility and representation, but I also can’t ignore that it is painfully soaked in stereotypes and two-dimensional gay archetypes.

Here is why the Netflix reboot of Queer Eye is so important and a show that everyone should be watching (seriously everyone). Like all these Netflix originals, the series was released all at once providing ample opportunity to binge watch to my heart’s content. What actually happened? It was so moving that I physically had to pace myself through the show. I mean, it still only took me a week to watch, but considering that I usually polish off a season of television in one sitting, this was a BIG DEAL. Full disclosure: I did not make it through a single episode without crying. This might not happen to you when you watch, but if it does you are not alone. 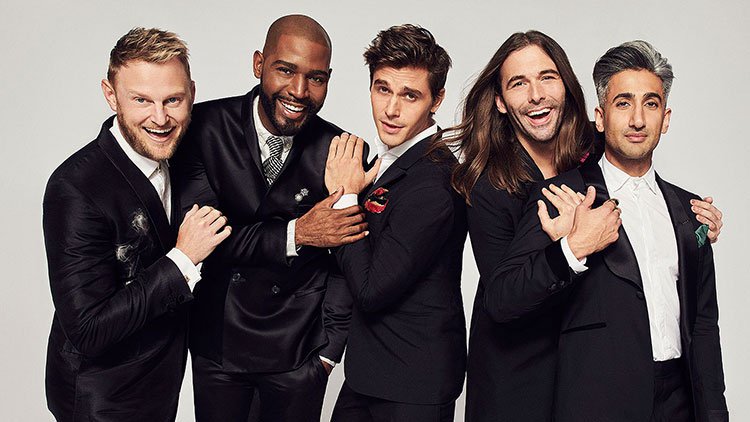 The Fab Five are comprised of Jonathan (grooming), Antoni (food and wine), Tan (fashion), Karamo (culture), and Bobby (interior design). Together, their mission is to descend upon a man who needs some help getting his life on track. These men are each nominated by a person in their life (a brother, a spouse, a co-worker, etc.) for reasons of all sorts. In one episode, there is a young entrepreneur who has inherited his grandmother’s house and needs help to move out of the past and become the “man of the family” that he wants to be. In another, there is a religious man who lives in the chaos of six children and is filled with regret for not giving his wife the wedding reception she deserves.

The entire series takes place in and around Atlanta. As one might imagine, there are varying opinions about gay people throughout the South. Many of the men on these episodes have never been in the same space as a gay person, let alone a full gaggle of them, yet this doesn’t seem to cause tension because the Fab Five come in with no expectations. They do not try to shrink themselves or be a version of themselves that is more palatable to a sheltered straight man. Rather, the quintet happily invite all of these men into their world.

There are so many things that this reboot does well, but I want to focus in on its representation of masculinity. Queer Eye refuses to characterize the Fab Five as sassy and effeminate. Each member of the group is a layered individual who we get to know intimately throughout the season. In each of them, there is a tenderness and emotional vulnerability that is rare to see in representations of men in general. The stars of the series are allowed to express their inner thoughts and feelings without ever being seen as weak. Not only does this expression of vulnerability exist between the Fab Five, but it extends out to the men they help throughout the season.

RIYL:  Nate & Jeremiah By Design, What Not To Wear, Tim Gunn’s Guide to Style.

Watch season one of Queer Eye on Netflix.

4 thoughts on “You Should Be Watching!: Queer Eye”