As Homer Simpson put it, they are the two greatest words in the English language: “de fault.” On a night of television that failed to garner spectacular reviews, when most shows had at least one hater in a website reviewer, when not even up-and-coming critical darling Good Girls had a tepid evening, Detective Comics’ rookie league collective took the grand prize with a sub-8.0 score. 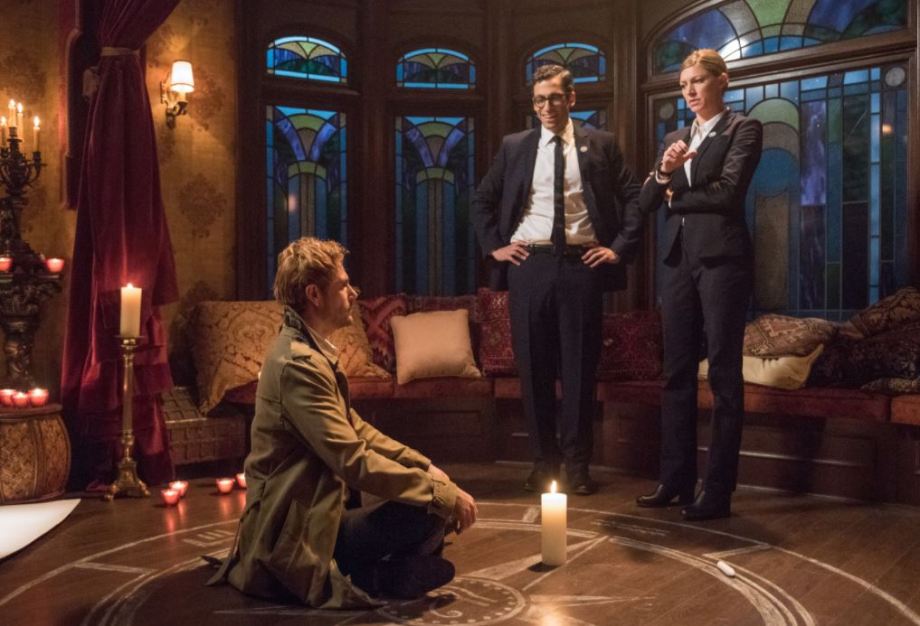 The key takeawaysof this week’s installment of DC’s Legends of Tomorrow is the emergence of John Constantine as a central character, and some new angles (and a new costume) for Sara. It’s not a classic episode, but it’s enough to win the night. Even the reviewer who gave it its highest rating (4.5 out of 5), Den of Geek‘s Jim Dandy notes that “Necromancing the Stone” “wasn’t a spectacular episode, but it was a solid one, with good jokes and some welcome character work on Sara.” Oliver Sava over at AV Club is “very happy” with Matt Ryan’s Constantine’s elevation to opening credits, grateful that after Constantine‘s cancellation that the Arrowverse has “given him the chance to continue exploring this character in an even more fantastic superhero context.”

The Rest of the Night

If nothing else, The Alienist‘s violent landscape inspires passion, and Karen Han at Vulture is certainly invested, opening with “I know this is a show about murder, but there is a lot of murder going on (like, more than usual), and it is making me very nervous!” AV Club didn’t care for much last night, and reviewer Genevieve Valentine has fundamental fears about the close adaptation of the series to Caleb Carr’s novel, musing “faithfulness to the plot means the show has had near misses with several opportunities for a more surprising, and maybe more relevant, narrative.”

It’s the men who are the problem in last night’s episode of Good Girls. Well, Stan’s alright, but Boomer could take the ladies down and everyone hates Dean (an unlikable character played by Matthew Lillard … what are the odds?!?). It’s probably a sign of great character development that reviewers are so caught up in recapping that it’s hard to find any pull quotes, but Vulture‘s Jodi Walker is thankful that the show has resisted the urge to morph into a “procedural drama.”

The Seattle Zombies have gone mainstream, so of course there will be some people jumping off the bandwagon. Carrie Raisler of the AV Club still gets it though, and to the nth degree, as she crosses over and drops a sweet The Good Place reference in her headline (click to see). Den of Geek‘s Kaytl Burt is less sanguine in their headline and frets that its treatment of the heady topic of police brutality fails in that it is “too wishy-washy with its exploration, [which] can leave the telling confused and even problematic.”

It’s the death of a man bun, and we’re supposed to care. And, of course, because it’s UnReal, very little light can leave the room. AV Club‘s Gwen Inhat is clearly becoming a bit wary of all the uber-angst: “even dumbkopf Chet has to realize how idiotic it is to bring a reporter onto the set responsible for the deaths of two, maybe three people. Why doesn’t he grab a cop while he’s at it? Perhaps a private detective?”

And then there’s Lucifer. Carissa Pavlica, perhaps TV Fanatic’s best, sums up the problematics of it all thusly: “I’ve never considered myself a feminist thinker, but when there isn’t a story for Chloe outside of being manhandled and it’s blatant even to the likes of me, then there’s something wrong.”