March Madness marches on into the Tantalizing 32, and we have our first second round match-up set. This regional set family against family, and (SPOILER ALERT: if you don’t want to know for a few more seconds) moving on are the Belchers, the Alvarezes, the Pearsons, and the Villanuevas. If we have winners, there are also … not winners {thanks, Mr. Frond}, and going home in our feud of families are the Johnsons, the Baskets, the Bayer-Boatwrights, and the Shorts.

The animated antics of Bob, Linda, Tina, Gene, and Louise (and a Simpsons-esque universe of others) overwhelm Anthony Anderson’s Dre and his brood and move on to Round 2 to face…

One Day at a Time

This win was a rout and that could not make us Scholars any happier. This Netflix re-imagination of the 1970s classic sitcom starring Bonnie Franklin, now with the Cuban-American Alvarez family at its center, possesses a genuine heart without being sappy. And with Rita Moreno in the mix, you know there will be laughs. And, in our other match-up… 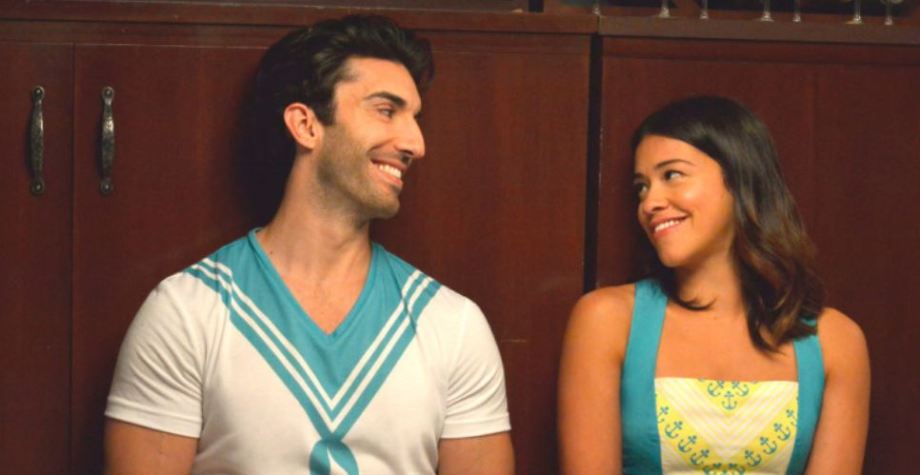 Already in its fourth season (time flies), the charming Jane the Virgin has expanded beyond its initial high-concept premises to become one of the most intriguing hours of television and an argument that appointment viewing is not dead. Jane edged the jagged narrative style of Life in Pieces to move on, but it faces a juggernaut in… 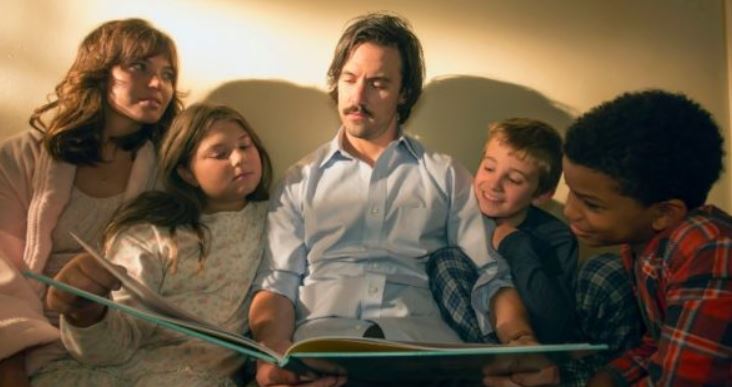 The tears have flowed all season as we finally learned what happened to Jack (leading many fans to boycott Crock-pot) on NBC’s current signature drama following the exploits of the Pearson triplets, and, in flashback, their moms & pops.

So, you know what to do: get yourself on in there below and vote to see which two move on to our Sweet 16! 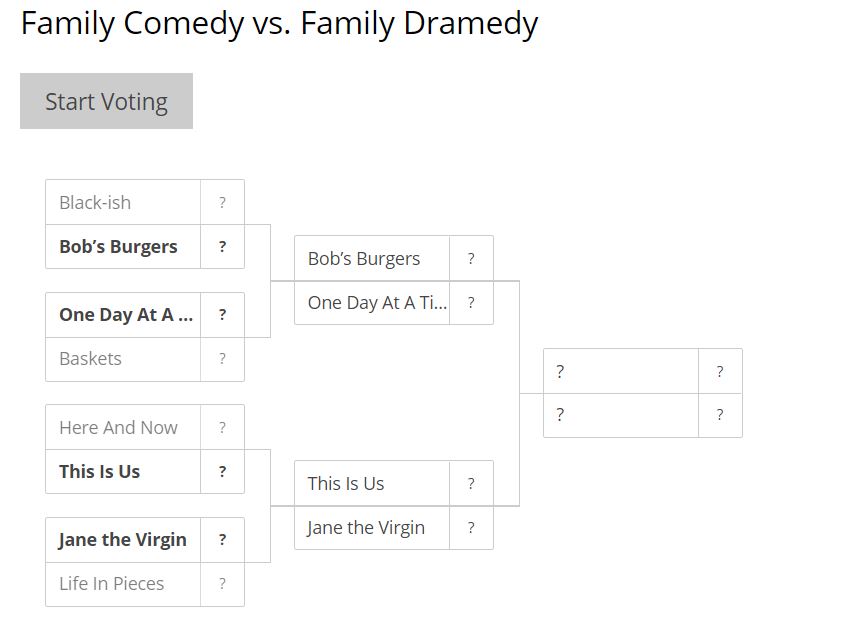