Tonight marks the return of Kristin Ritter and Mindy Kaling (briefly), and the second streaming show with Sean Bean to debut in as many weeks; meanwhile, we crown the 15th Top Chef–remember, even if he or she was not your number one chef, he or she’s still your Top Chef and needs to be respected. This only applies to reality show cooks, by the way.

BRAD’S PICK:
Marvel’s Jessica Jones [Netflix]
Kilgrave is dead and The Hand was defeated so what’s a barely functional alcoholic private investigator to do? Take a new case, and drink some more. Oh, Jessica Jones you have been missed.

JASON’S PICK:
Champions [NBC, 9:30p]
Vince (Workaholics‘ Anders Holm) brags about how comfy-cozy is his post-jock Brooklyn bachelor life, so he has to know what’s to happen next. Show co-creator Mindy Kaling drops in with his surprise 15-year-old son, and there we have a premise–and not exactly an original one. However, as it’s from the team behind The Mindy Project, and the son seems fully formed, if teetering on the edge of cliche. 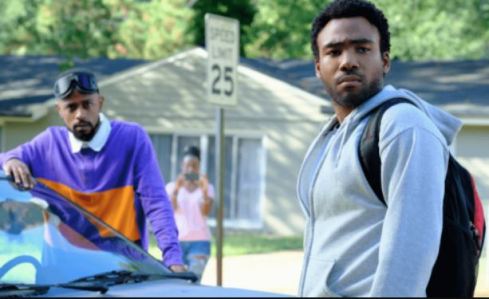