As is per the ushe on a Friday, much of the action (that which is not taking place on distant ice or snow) takes place on streaming, although HBO features prominently in our choices, so let’s just ski jump right on in (ugh).

JASON’S PICK:
Seven Seconds [Netflix]
It’s the latest in a line of anthologies, but the first major one on streaming, and this one intrigues me not just because it takes place in my backyard of Jersey City, New Jersey, but it covers a brutal topic and features a great cast, led by Regina King and Russell Hornsby.

KATHERINE’S PICK:
High Maintenance [HBO, 11:15p]
The Guy tries to take the day off and hands over the reigns to a man named Abdullah. How do you think you do that? An auto-respond text message? Does he just hand Abdullah his phone? 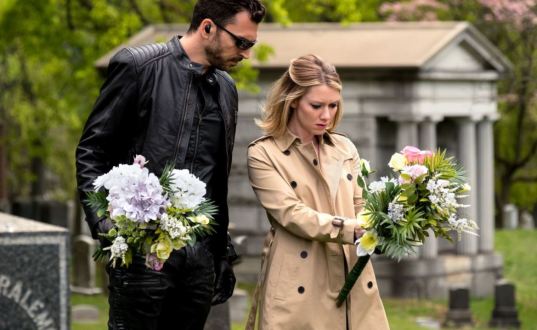